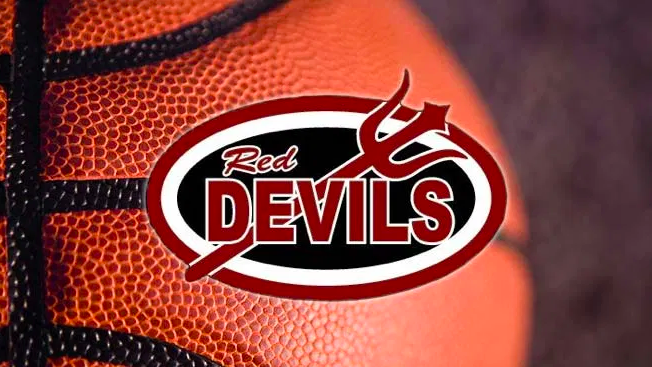 Last night the girls freshmen basketball team travelled to Munster for a rematch against the Mustangs. Earlier in the season, the two teams faced off with Lowell prevailing on a last second basket by Lilly Richardson. This game proved to be even more exciting. In the first quarter the Mustangs jumped out to an 8 – 0 lead, and by halftime the lead swelled to 12-points. In the second half, thanks to a swarming defensive effort, the girls came roaring back. Reilly Boyer and Olivia Perlick sparked the offense as they scored 9 and 8-points respectively, all in the second half. By the end of the third quarter, the Red Devils cut the lead to 6.

In the final quarter the defense became even more intense, allowing Munster to score only 4-points in the last 6-minutes. Raeann Patrevito and Kaylyn Carey disrupted the passing lanes, helping to cause turnovers. In addition to the outstanding defensive effort the girls were nearly perfect from the foul line, shooting 88% on the night – both Bella Silva and Ally Carlson were in fact perfect at the line. Another key to the victory was the effective rebounding of Kayanna Seely and Jaelyn Allen. Their ability to control the boards helped to limit second chance points. The game culminated with Reilly Boyer hitting a driving layup, at the buzzer, to clench the victory.