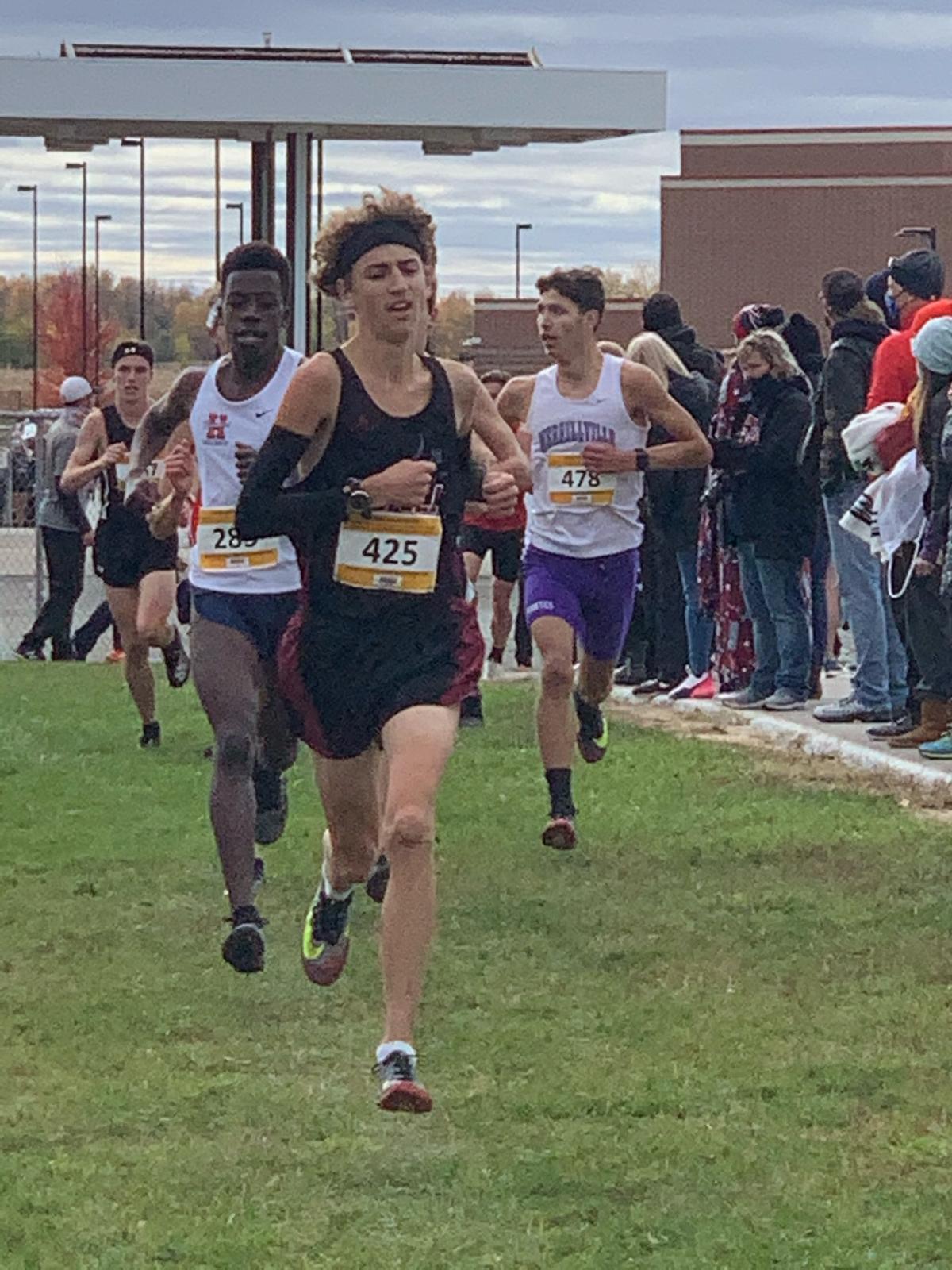 This weekend Jackson Bakker and Ben Keeton competed in the semi-state meet at New Prairie High School, where top teams and individuals can move on to compete in next weekend’s state championships. Both boys rose to the occasion and had fantastic races. Jackson Bakker moved to the front of the race early, as he was in seventh place about halfway through the race. After navigating the treacherous wooded section, he found himself in twelfth. Thanks to a strong finish, he moved back into the top ten by the end of the race – earning a birth in next weekend’s state finals at Indiana State University. Ben also ran well, despite some bad luck. He was running his trademark steady pace, when in the woods he took a bad step, stumbled, and fell down a hill. Without hesitation, Ben sprang to his feet, composed himself, and regained his position. Even with the fall, Ben managed to beat over 100 runners on his way to a 75th place finish.